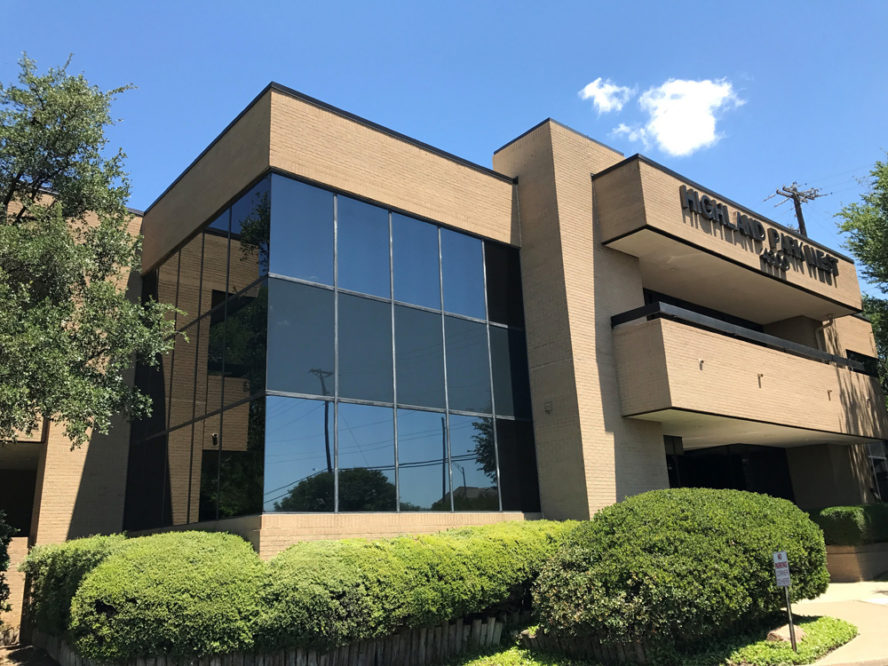 The freshly signed deals, totaling 14,687 sf, represent a 28.3% uptick in occupancy at 4300 MacArthur Ave. Four of the five will be new tenants in a two-story garden-style building that’s visible from the Dallas North Tollway, close to a tollbooth and located in one of Dallas’ wealthiest enclaves.

Newcomer Gray & Co. Realtors Inc. has scooped up 3,158 sf in Highland Park West after selling a building right across the street. Following suit is its former tenant, Carter & Co., which took 7,205 sf. In-house broker Jeremy Gray represented both companies. Their new offices will be ready to occupy June 1.

“This is a lot of momentum for a project of this size,” Collinsworth says. “The renovations were underway at the time of each tour. That was the catalyst.”

The 51,847-sf boutique office, Highland Park West is now 65% leased. Occupancy was 40% last summer when Bradford was awarded the assignment.

Common areas have been updated and a new monument sign is on the way. The work included the addition of two spec suites – 2,556 sf with a balcony and a 4,545-sf office that’s divisible to 1,500 sf.

“It’s been a substantial investment for the landlord,” Collinsworth says, “but we’ve got five new leases and more in the pipeline as a result.”