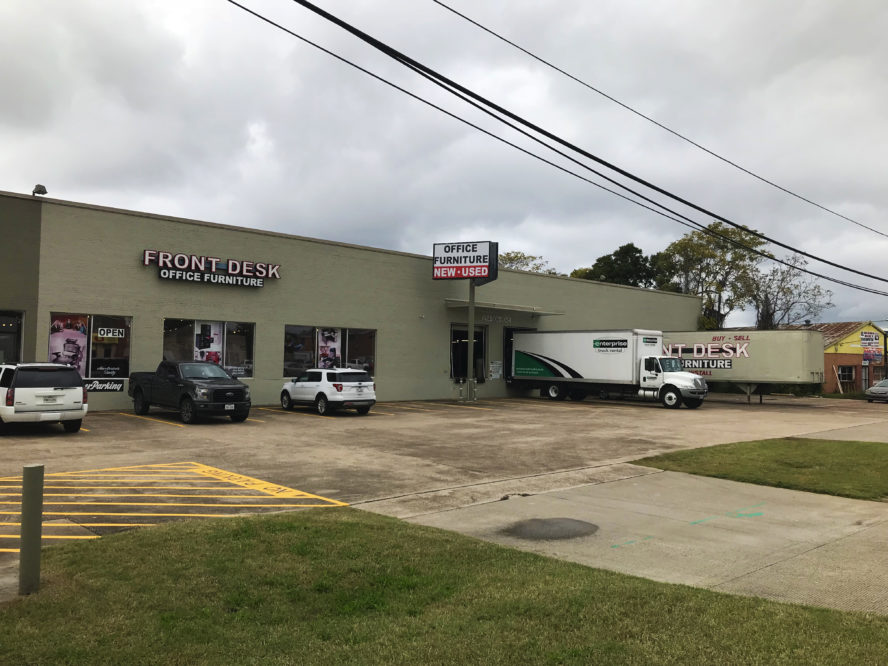 DALLAS – Marking the end of an era, Bradford Commercial Real Estate Services has sold the last commercial holding for a 1970s-era developer and found a new location in Greater Dallas for its 25-year tenant.

MLK Harry Hines JV’s final disposition is a 30,400-sf warehouse built in 1970 on 1.02 acres at 10401 Harry Hines Blvd. in northwest Dallas. The long-time tenant is Front Desk Inc., a supplier of office furniture.

The industrial property’s size and prominent visibility along Harry Hines Boulevard attracted multiple offers and strong interest from dozens of users and investors. The end result was a bidding war with two “best and final” rounds.

“We exceeded our client’s expectations with the amount of interest we generated in the property,” says Richmond Collinsworth, first vice president for Dallas-based Bradford.

The winner came from across the street – Unidos Textile Inc., a wholesale supplier of bedding, curtains, linens and rugs. Bob Spletter of NAI Robert Lynn represented the buyer.

Start to finish, the sale was completed within three months of Bradford winning the listing. The warehouse is situated about five miles from Love Field and 15 miles from Dallas/Fort Worth International Airport. Close by are Loop 12 and Interstate 35E.

“It really was interesting that the original developer still owned it,” Collinsworth says, “and that Front Desk was only the second tenant ever in that building.”

With its longtime home up for sale, Front Desk also had enlisted Collinsworth to find a new location with a strong image and equally high visibility in the metroplex. After six weeks of searching, Front Desk had zeroed in on 13628 Beta Rd. in Farmers Branch, part of the North Dallas Design District.

“It was the perfect property that fit Front Desk’s needs for functionality in terms of quality and location,” Collinsworth says.

Front Desk has signed a 24,307-sf lease with a seven-year term, setting a plan in motion to move May 1 in tandem with its lease expiration at the just-sold property. Landlord Gillis Thomas Co. had in-house broker Kevin Conlon as its negotiator.