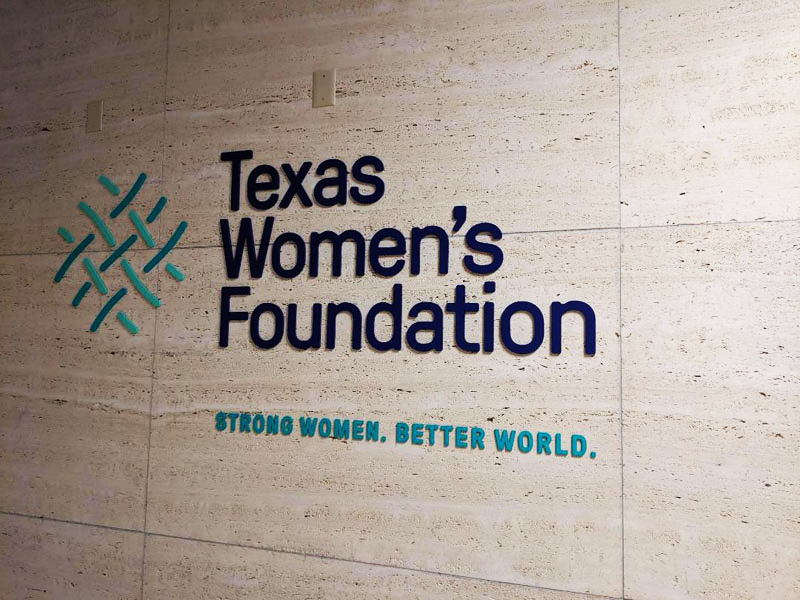 DALLAS – Texas Women’s Foundation, a leading advocate statewide, has signed a long-term renewal and expansion for its headquarters office in Campbell Centre in North Dallas.

The organization, one of the world’s largest women’s foundations, has expanded to 6,050 sf on the first floor of the class A project’s south tower at 8150 N. Central Expressway. Renovation is underway on the nonprofit’s home since 2012, where it’s been able to secure 642 sf of contiguous space for a much-needed expansion. Move-in tentatively is set for the end of February.

“We did survey the market, but the administrative team and members love being on the first floor of the south tower. It doesn’t get any better than this in terms of location,” says Leigh Richter, executive vice president of Dallas-based Bradford Commercial Real Estate Services.

“The foundation’s members come from all over the region. Campbell Centre is a well-known property with easy access to the freeway,” says Richter, who’s been active in the organization for decades and has served for years as its broker. Bradford will donate part of its tenant representation fee back to the nonprofit.

Formerly the Dallas Women’s Foundation, the nonprofit has the financial support of the metroplex’s leading business and civic groups. One of its major benefactors, Commercial Real Estate Women, donates 60% of the proceeds from its CREW Dallas Golf Classic Tournament each year. It’s also customary for CREW’s past president to sit on the foundation board.

Texas Women’s Foundation provides resources and support to advance economic security and leadership statewide for women and girls through groundbreaking research, advocacy, endowments and programs. It has awarded $46.6 million in grants since its founding in 1985 by 19 prominent Dallas women.